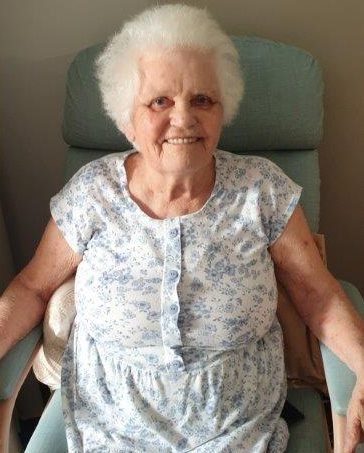 Beverley grew up and lived in Bankstown all her life since she was 6 weeks old. Growing up, she had one sister and two brothers.
At a young age, Beverley developed a passion for swimming and was on the same swim team as Australia’s very own three time Olympic gold medal winner Dawn Fraser.

Beverley later developed a passion for nursing and her talents took her all over the world to over 57 countries such as India, Afghanistan, and Iran, all over Europe, USA, Scotland and England where she made a lot of new friends with her job as a nurse.

When in England, Beverley and her nursing friends were invited by the queen mother to join her in the Buckingham Palace for afternoon tea; she was stunned by the beauty and size of the Buckingham Palace. Beverley keeps in contact with all the friends she made all over the world with weekly postcards. Beverley currently enjoys spending time with her brothers who drive down from Tenterﬁeld and Bonnet Bay to visit her every few months.